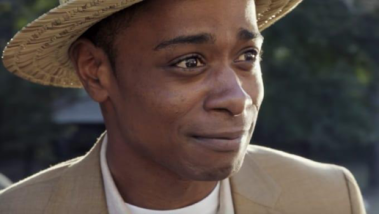 We are all one race, the human race

Things are so much better now, there are so many jobs out there now.

Not everything has to do with race

I’m not a racist but…

I’m not racist some of my friends are Black

“I don’t have a racist bone in my body?”

That is not part of British values

Racial Colour-blindness, is one of my favourite topics to speak about when discussing racism in the UK as the ideology as become a part of British society used as a coping mechanism in avoiding discussions relating to racial abuse, discrimination or even immigration but has meant racism in the UK is seen as non-existent compared the to the US. So, I felt it would be best to use political sociologist Eduardo Bonilla-Silva four frames of colour-blindness to analyse racial colour-blindness in the UK as this not only helps me to get some of my point across in a clear and concise way but help in understand the different ways in which racial colour-blindness is used.

This is one of the ways in which racial colour-blindness manifests as a reasonable and acceptable ideology as it allows terms such as individual choice and equal opportunity as a reasoning towards certain practises of racial inequality and it detrimental effects on minorities. We see this is in people choice to live in racial homogenous communities as it is ‘normal’ and it is their individual choice whilst ignoring the structural inequality within the UK housing system whereby minorities are placed in deprived urban areas and because of this they are mistreated and ignored by the government. This was the case in the Grenfell tower fire which was populated by poorer, mainly ethnic-minority residents and in one of the wealthiest bought in the UK we saw people living parallel lives. Their wealth and social position was a determining factor to how they were treated by the council but also the value of their lives as seen by the poor management of the building and the lack of attention given to their grievances. The disaster not only showed the treatment of marginalised communities but also the effect of class inequality in Britain which has historically played a part in the ethnic minority communities are treated.

There is a common belief amongst both whites and even some non-whites who argue that we live in a post racial society where discrimination and prejudice no longer affects us. I wrote a blog post two years ago on this topic as there was a surprise when the Black lives matter movement gain media recognition in the UK there are people who were surprised to see the movement in the UK. I believe this is mostly due to the lack of coverage on racial issues whether it is deaths in police custody or when we are mistreated and even if it is reported there is an underlies tone of blame on the victim which makes it easier to shift responsibility from the perpetrator. We see this when topic of racism or even when non-whites speak of their experiences of structural racism white people are quick to asset their colour-blindness and deny racism as ‘they do not see colour but instead assert that we are all people and should be treated as such. In addition, there is also the blaming of non-whites as the reason for ‘race problems’ and in order for racism to be destroyed we need to move on and stop victimizing ourselves or ‘playing the race card’. This minimization of racism not only ignores the fact that racial inequalities are still alive in society but also validates the same system that provides unequal treatment to whites and minorities. Instead of challenging acts of racial inequalities political, economically and socially minimization allows racism to flourishes in society as defence used by whites to undermine racial inequalities ultimately validate their white privilege, which they have traditionally enjoyed

Cultural racism relies on culturally based arguments to explain the standing of minorities in society.

Rather than using racial language to explain the social and economic position of non-whites in society, the discourse has now shifted to using culture specifically in the context of immigration as the reason for social standing of some groups. When the term ‘immigrant’ is mentioned in the UK it is very obvious it is those with different skin colour, religion but also from different cultural background are referred to and even the term British and what is mean to be British is close a identification with whiteness. Therefore, non-whites are seen as ‘other’, ‘outsiders’ whose cultures and identity is incompatible with ‘British’ society thus perpetuating a us vs them narrative which make it possible to justify acts of islamophobia, hate crime and blatant discrimination against non-whites as defending British values and society from ‘bad’ cultural attributes

Naturalization of racism allows whites to explain away racial phenomena by suggesting they are natural occurrences.

Last week I went to see Detroit in cinema as part of my University Black History month and whilst walking home while in a mixed of emotion from the film one thing was clear to me it has become so normal to see non-whites suffer to the point where we have become so desensitised to the mistreatment and discrimination of non-whites in society. Rather than uproar as a society, it has become a common occurrence for example to hold the Muslim community responsible for terrorist attack in the UK thus allowing it to become normalized to mistreat and justify discrimination because that’s how society is rather than challenging it.

Colour-blind racism is not only counterproductive as it doesn’t eliminate years of oppression instead it perpetuates white supremacy. It is also a clear example of white privilege as it gives white people the choice to ignore race and the consequences that comes with it but we cannot do the same as our race, religion and culture are a part of who we are and we cannot simply ignore it as it also has consequences for the way we are treated in society. Rather than choosing to be Color-blind be conscious and challenge the system which perpetuate inequality against groups in society.

Racism without Racists: Color-Blind Racism and the Persistence of Racial Inequality in America.Eduardo Bonilla-Silva.