I love long uninterrupted journeys after a long day at work with some mood related music. It’s the perfect opportunity to listen to a favourite album, song, playlist or that new album you have been planning to listen to all week but just couldn’t find the time.

We’ve all been there I’m sure. Street preachers or evangelists, either by themselves or in a small team, invoke a collective sigh as soon as they open their mouths to share the Good News. It’s understandable why some may have such a reaction to this. Along with watching how people respond in person, I have seen peoples reactions to videos of evangelising both on Twitter and on Facebook and find that people are increasingly becoming less tolerant of such bold proclamations of faith with some of these people even being arrested due to their declaration of faith. But I would like to pose this to you: what if someone needs to hear it? What if the message is the difference between life and death for even one person in your carriage or on your bus? Is it not worth having to hear someone speak for a few seconds about a love story that has saved and delivered billions through the last 2 millennia. Many saved from death, depravity and destitution. I believe it’s a small price to pay for the possibility of saving a life.

One in five non-Christians say, after having a conversation with a Christian about Jesus, they are now open to an encounter with Jesus

Mental health* is finally coming to the forefront of public discourse. If we truly care and know that church and/or faith can positively impact our well-being, we should accommodate opportunities for others to be impacted. The situation is dire: According to Mind, approximately 1 in 4 people in the UK will experience a mental health problem each year.

In England, 1 in 6 people report experiencing a common mental health problem (such as anxiety and depression) in any given week. Many won’t ever walk into a church or another place of worship for a variety of reasons. Evangelism is sometimes the only way some people will hear a message of hope and love in their everyday lives.

I understand that there have been instances of preachers making people uncomfortable with their damning messages about how people live their lives and the possibilities of an eternity in hell. However, there are times I needed that sort of message to wake me up out of being a passenger in my own life. There are times in life when we need to hear the harsh truth. But what truly saves people is love. Love can be tough but it should not beat you up and it does grieve me when it does the latter as it doesn’t represent the Christ that is described in the Bible.

Above all, Christians are called to do all things undergirded by love (1 Corinthians 13:1-2). Bringing people to the knowledge of ultimate love, is a show of love itself. Evangelising isn’t exactly the easiest job. It’s not something you naturally choose to do. You do it because you’ve been transformed for the better and you want to help others like yourself. Just like when you finished Game of Thrones and you can’t help but tell everyone who hasn’t seen it yet. Or when they ask for you for a new show to watch. Or a new hair vendor. You share with them in order to improve their lives in that area. It’s a similar thought process. 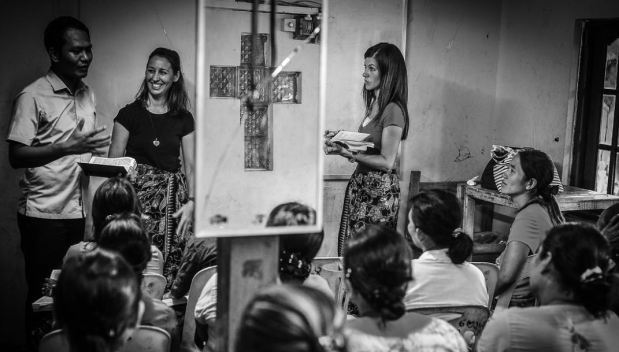 However, one thing I’d like to make clear is love’s definition is sometimes misconstrued when used to criticise Christians non-conformity to secular issues. Some believe that Christians should accept and support opposing ideologies because ‘their God tells them to love’. What these people are asking for is conformity not love, it’s almost an abuse of love to expect one to conform to their ideas because you love them. In a relationship setting, if your partner demanded you agreed with and supported their way of thinking and living, that doesn’t really sound like a partnership, more like an authoritarian dictatorship. You can love a person or people and still disagree with their way of life, we do it all the time in the relationships we have. We are beginning to see a shift in what society will tolerate in our “tolerant” communities, we are now seeing pseudo-science, impassioned opinions and silencing people of faith take priority.

The oppressed are slowly becoming the oppressors.

We all subscribe to a belief system whether we realise it or not. Each human being has a set of values and beliefs that they hold to whether they believe in a deity or not. All edifying beliefs should be respected. Evangelisers take on a role that attempts to engage people to change their life for the better. The majority of the values that Christians hold, shape the very best laws and customs of western society. The oppressed are slowly becoming the oppressors. If you can only accept views that reflect your own belief system, is that really tolerance?

Why we evangelise?
“Son of man, I have made you a watchman for the people of Israel; so hear the word I speak and give them warning from me. When I say to a wicked person, ‘You will surely die,’ and you do not warn them or speak out to dissuade them from their evil ways in order to save their life, that wicked person will die for their sin, and I will hold you accountable for their blood. But if you do warn the wicked person and they do not turn from their wickedness or from their evil ways, they will die for their sin; but you will have saved yourself”

“Neither do people light a lamp and put it under a bowl. Instead they put it on its stand, and it gives light to everyone in the house. In the same way, let your light shine before others, that they may see your good deeds and glorify your Father in heaven”

“When you are brought before synagogues, rulers and authorities, do not worry about how you will defend yourselves or what you will say, for the Holy Spirit will teach you at that time what you should say”

“However, I consider my life worth nothing to me; my only aim is to finish the race and complete the task the Lord Jesus has given me—the task of testifying to the good news of God’s grace”

Most important part of being a Christian: If I could speak all the languages of earth and of angels, but didn’t love others, I would only be a noisy gong or a clanging cymbal. 2. If I had the gift of prophecy, and if I understood all of God’s secret plans and possessed all knowledge, and if I had such faith that I could move mountains, but didn’t love others, I would be nothing. 1 Corinthians 13:1-2

One thought on “Street Evangelism?”